Congratulation to our Dolphin research team here at MCC!

Cambodia’s First Peer-Reviewed Scientific Journal (Edition December 2017) has published an article by our team leader, Sarah Tubbs, on her marine mammals research program. This project began in September 2017, and so far we know that the Archipelago supports a population of Irrawaddy dolphins, with neighboring waters being home to the Indo-Pacific humpbacked dolphin, finless porpoise, and the dugong. This research is primarily focused on collecting data to define and protect critical habitats for these species. It is therefore directly linked with the artificial reef project we are trying to finance through our crowdfunding because these species are threatened by the illegal trawling we aim at stopping.

Take a moment to read this article! A few clicks away and you can download the December Edition PDF and read the article on page 140. You can read the text below or Follow this link to the Journal: 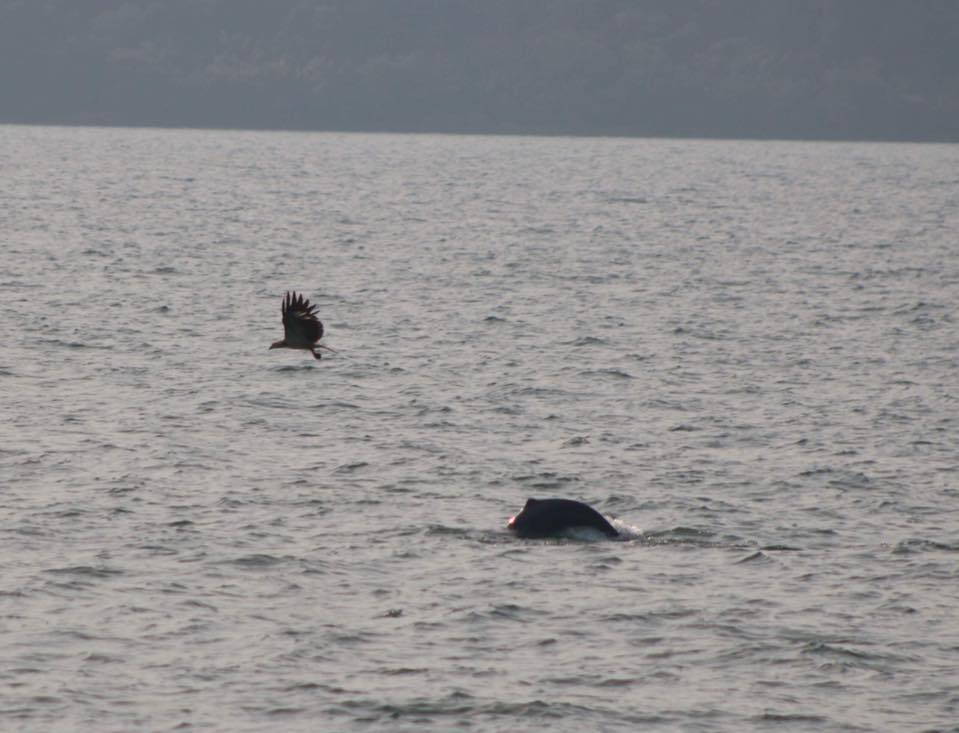 “The Irrawaddy dolphin Orcaella brevirostris is distributed in coastal waters, rivers, estuaries and lakes throughout Southeast Asia. The species is one of 11 marine mammal species found in Cambodia’s seas, and like other ceta- ceans, faces a range of threats including mortality due to bycatch, habitat degradation and direct catch for aquaria. These threats are worsened by the proximity of the species to land. The Irrawaddy dolphin currently has a globally declining population and is considered Endangered by the IUCN Red List of Threatened Species, which makes it imperative to act quickly if the species is to survive in coming decades. While all cetacean species in Cambodia were protected by a Royal Decree in 2006, baseline data are much needed to strengthen implemen- tation of existing laws through the creation of tailored conservation management strategies.

To this end, the Cambodian Dolphin Project was launched in September 2017. The initiative was estab- lished by Marine Conservation Cambodia, an NGO based in the Kep Archipelago in southern Cambodia, with help from the DMAD Marine Mammals Research Association, a Turkish NGO. The project is working in close collabora- tion with the Dolphin Division of the Cambodia’s Fish- eries Administration and will operate for 18 months. Its initial aims are to investigate the abundance, distribu- tion and residency pa erns of the Irrawaddy dolphin to facilitate identification and delineation of critical habitats for the species within the Kep Archipelago. Data on all marine mammal species encountered during the study will also be recorded.

Data generated by the project will ultimately be used to inform fisheries policy, providing a first step towards effective conservation of cetaceans and their ecosystems in Cambodia. As the project expands in future, it will utilize passive acoustic monitoring techniques, aerial surveys, and create a shared online photo-identification catalogue.